Art and the City by JJ Magner 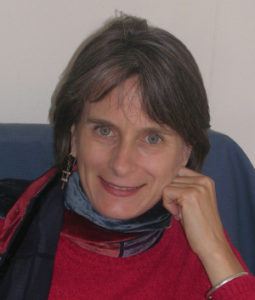 You walk into a large darkened room to confront glowing motion within the stillness. You’re drawn through curiosity to the moving lights as beams are transported through cloudy membranes or twist and turn through shaped lenses. Images of life – the fragments of living functions – appear and evolve into other images: birds, skulls, nautilus shells … hands. Gradually, the soft sounds that seem to emanate from the images assert their way into your mind, and the experience of the four-part installation becomes unified. 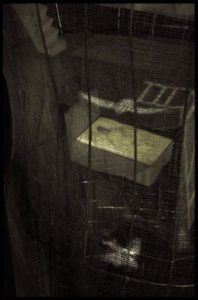 In Gillian Brown’s new small sculptures, now at the Arlington Arts Center, images float from a video projector through one translucent surface after another. Each apparition could be more or less fleeting than the others, to suggest levels of existence that form both our minds and the physical world simultaneously. She writes, “They speak of internal efflorescence: on reflection, any single thought wondrously, and irrepressibly, multiplies.” The mystery is, how does something come from nothing and lead to something else?

The elements of the installation are themselves metaphors for the mind and the passageways by which the fragments of consciousness come and go: the eyes, ears or hands. Those thoughts become visual through the symbols that have long been used in painting to represent meaning, such as caged birds, clocks, skulls and numbers.

For Gillian, thinking about thought came early, in all three degree programs at Brown University, the Rhode Island School of Design and UCLA. She began to “negotiate between perception and reality,” turning first to photography because of its accepted representation of what’s real. She painted the illusion of photographs on 3-dimenional surfaces to break down the delusion of the flat image and better understand perception and how we mentally process it.

Of course, you can’t analyze thought without confronting memory, and the character of both emotional and intellectual memory became themes in her work. This has led to the recent “preoccupation” with about how things come into being. Gillian Brown’s work is subtle, intelligent and nuanced. By using loose associations – and artistic license – she allows art to happen. She conveys the art of ideas by creating ideas that are artistic.

She employs an escalation of loosely associated images that lead to visual conclusions, but you are free to make you own associations and come to your own conclusions once you mentally enter the realm of The Idea. Or not. You are also free to just look and let the images play whatever games they might on their merry way up the optic nerve. The experience is multi-layered. It gives you plenty to think about, but you don’t have to think to like it – you don’t have to understand it to feel good … another curious effect, and affect, of art. 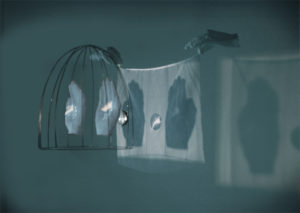